International Day of People with Disability 2021

On IDPwD, we normalise disability and highlight the importance of inclusion. 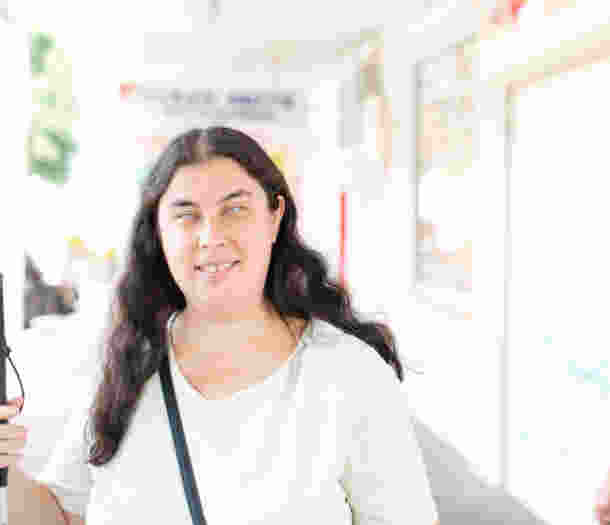 Jaryd Clifford walks up to the door of a family home and is met by two children, Sienna and Elijah, who greet him excitedly.

Jaryd is wearing a blue official Paralympics Australia polo shirt and 3 medals around his neck, and arrives at the house carrying a bundle of bags.

Jaryd walks into the house and sits on a couch in between seven children, who all clap as he arrives. He passes his Paralympic medals around and Sienna reads the Braille off the silver medal.

Jaryd hands around the bags which contain Christmas presents for Sienna, Elijah, and their friends. The children open their presents to reveal dolls which feature white canes and Guide Dogs.

Sitting on a large couch, the kids discuss inclusion with Jaryd. While Sienna and Elijah are speaking, we see the children playing with their dolls inside and on the grass outside.

The four dolls appear under a Christmas tree, and the Guide Dogs logo appears.

Return to the campaign page

Jaryd Clifford sits outside in a garden in front of some greenery as he speaks to the camera.

He is wearing a blue official Paralympics Australia polo shirt.

The Guide Dogs logo appears on a blue background.

Return to the campaign page

Join us this PAWGUST. Walk or run every day to raise funds for Guide Dogs.

Register and raise funds to fetch a PAWdometer for your dog.
Sign Up Now 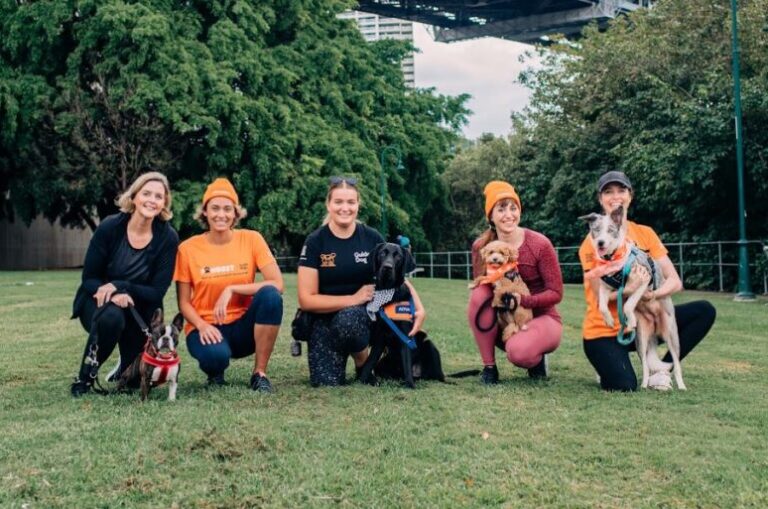